Have you ever baked a tray of muffins and noticed that one half of the tray was done to perfection while the other half was slightly underdone? Have you ever attempted to bake multiple sheets of cookies and been frustrated with the results from one of the pans? What about that Thanksgiving turkey that turned out so dry you swore next year you’d skip it and get takeout?

If you’ve experienced any of the above situations, it may be time for you to enjoy the benefits of a convection oven. 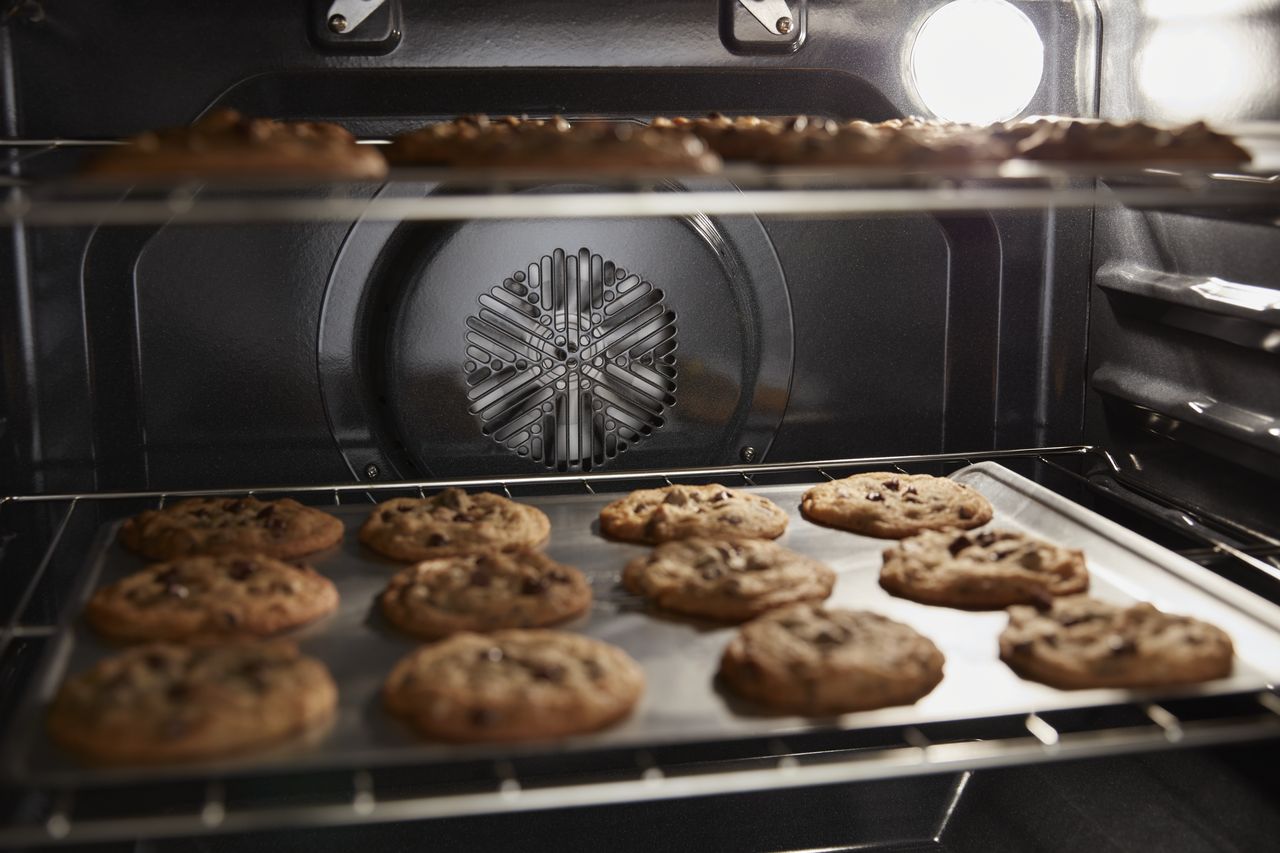 What Is A Convection Oven?

A convection oven has a fan implanted in the rear of the oven cavity. When in operation, the fan circulates the air so that from side to side, front to back, and top to bottom. As a result, the oven’s temperature is even and consistent throughout. By eliminating natural hot and cool spots, the convection oven yields much more even and consistent baking results. When preparing meats, the convection fan has a tendency to sear skin, trapping juices inside. Not only does this speed up the baking process, but it also traps the juices inside for more moist and more flavorful meats. 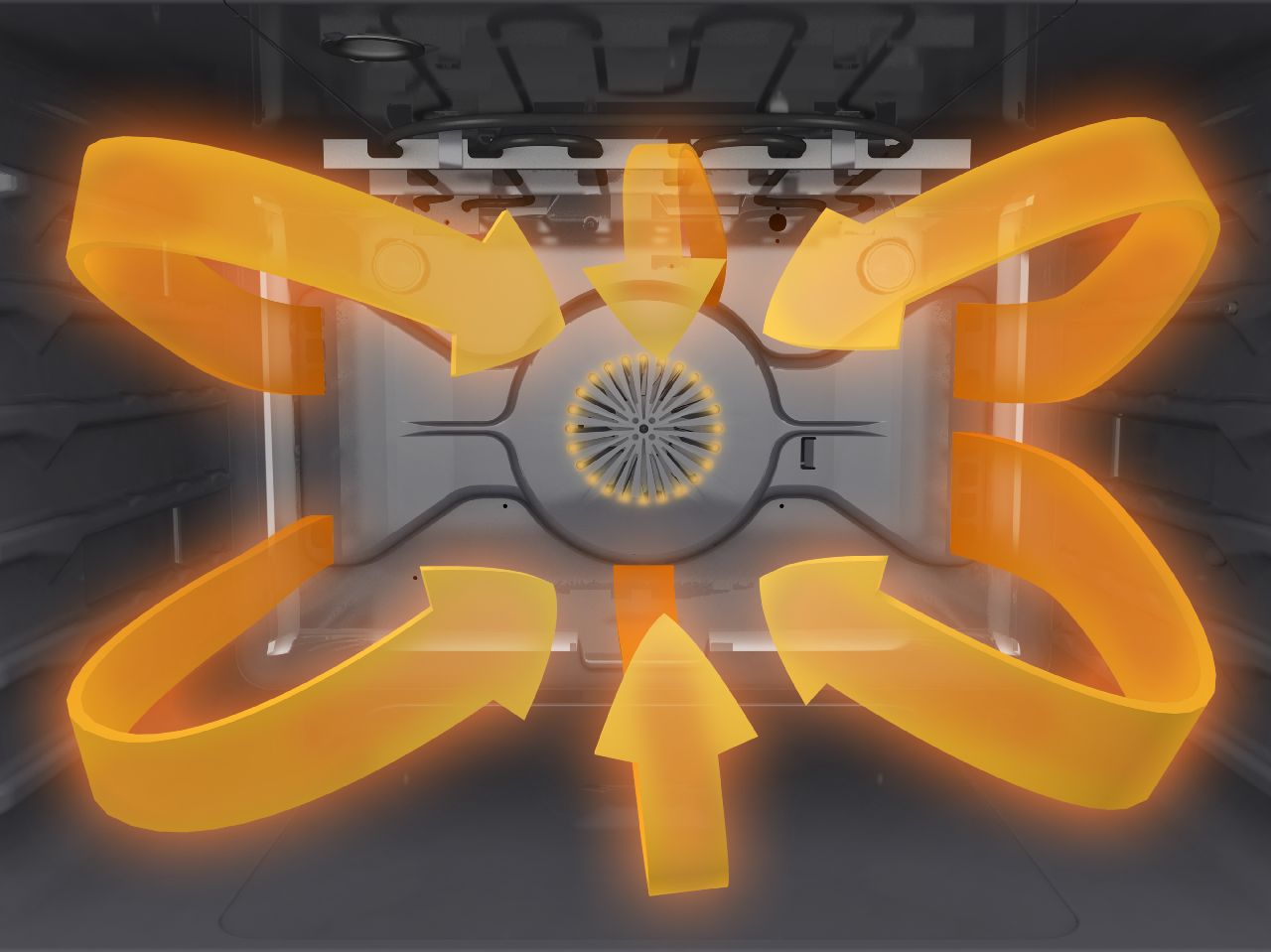 Many people think they need to sign up for cooking classes at their community college to figure out their convection oven. But that’s not true. Cooking with convection is incredibly simple. Follow the “25 rule” which states that you reduce your recipe’s cooking time 25 percent and temperature 25 degrees. For those who don’t want to convert, many of today’s ovens offer built-in convection conversion modes. You can also bypass your oven’s convection function and bake traditionally if necessary. 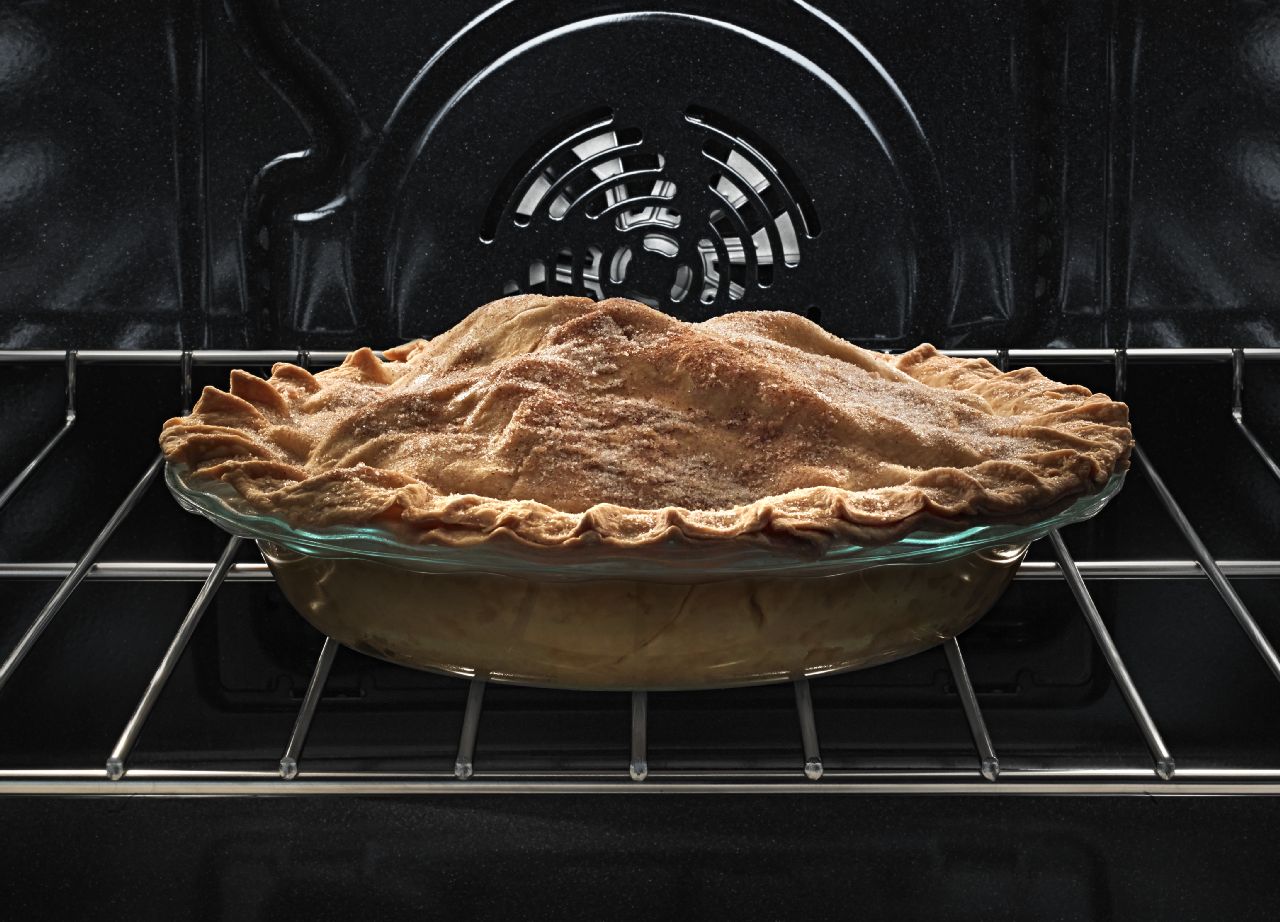 Another misconception about convection ovens is that they are only available in electric. Today, more and more gas ranges are offered with the convection fan. Several ranges wrap a 110-volt heating element around their convection fan, so as to force heat from the back for better multi-rack baking. This feature is sometimes known as “true convection” or “European convection.” 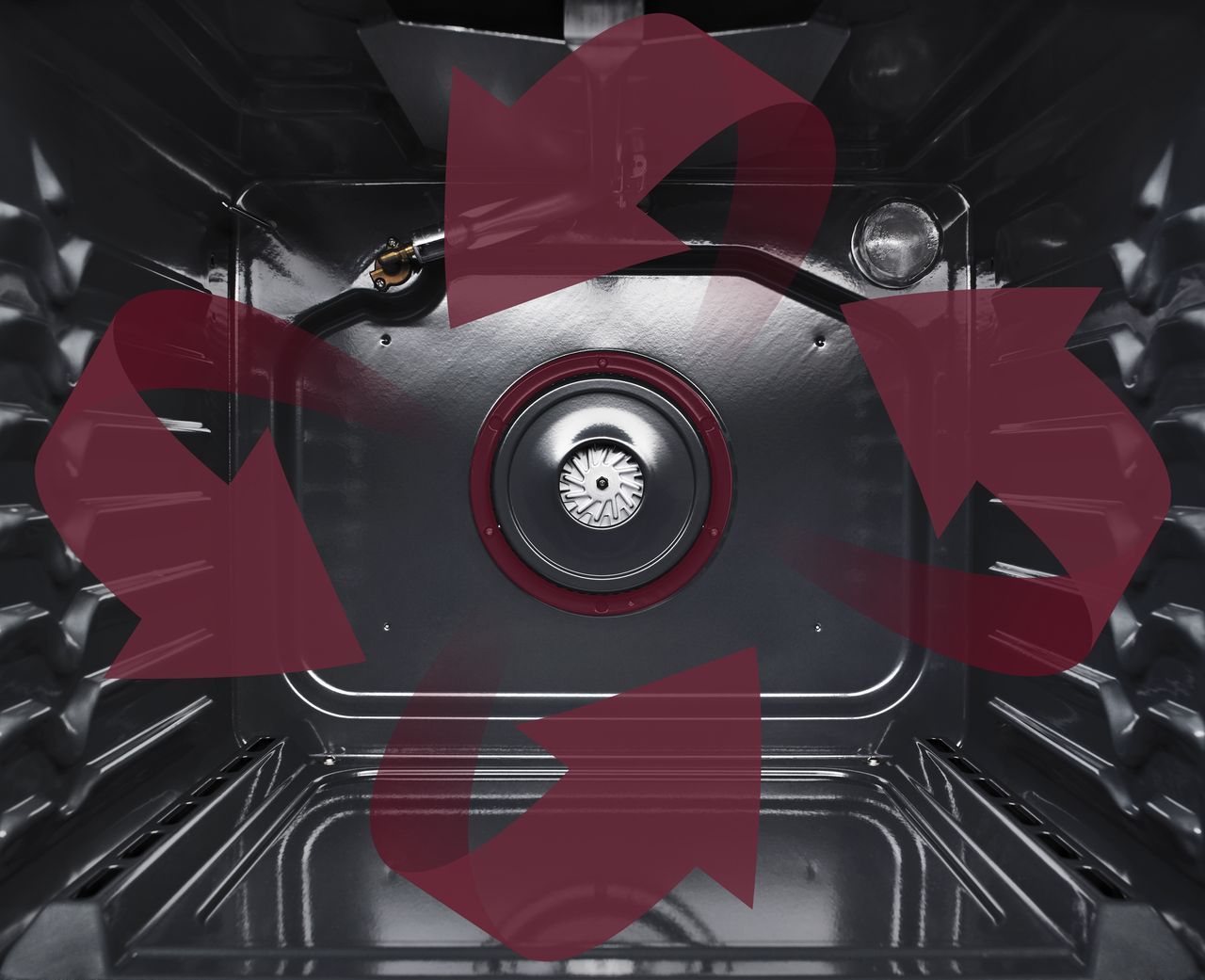 Once upon a time adding convection to your home was very expensive, but today it is more affordable than ever. Browse our ranges to find the right model for your budget and lifestyle. 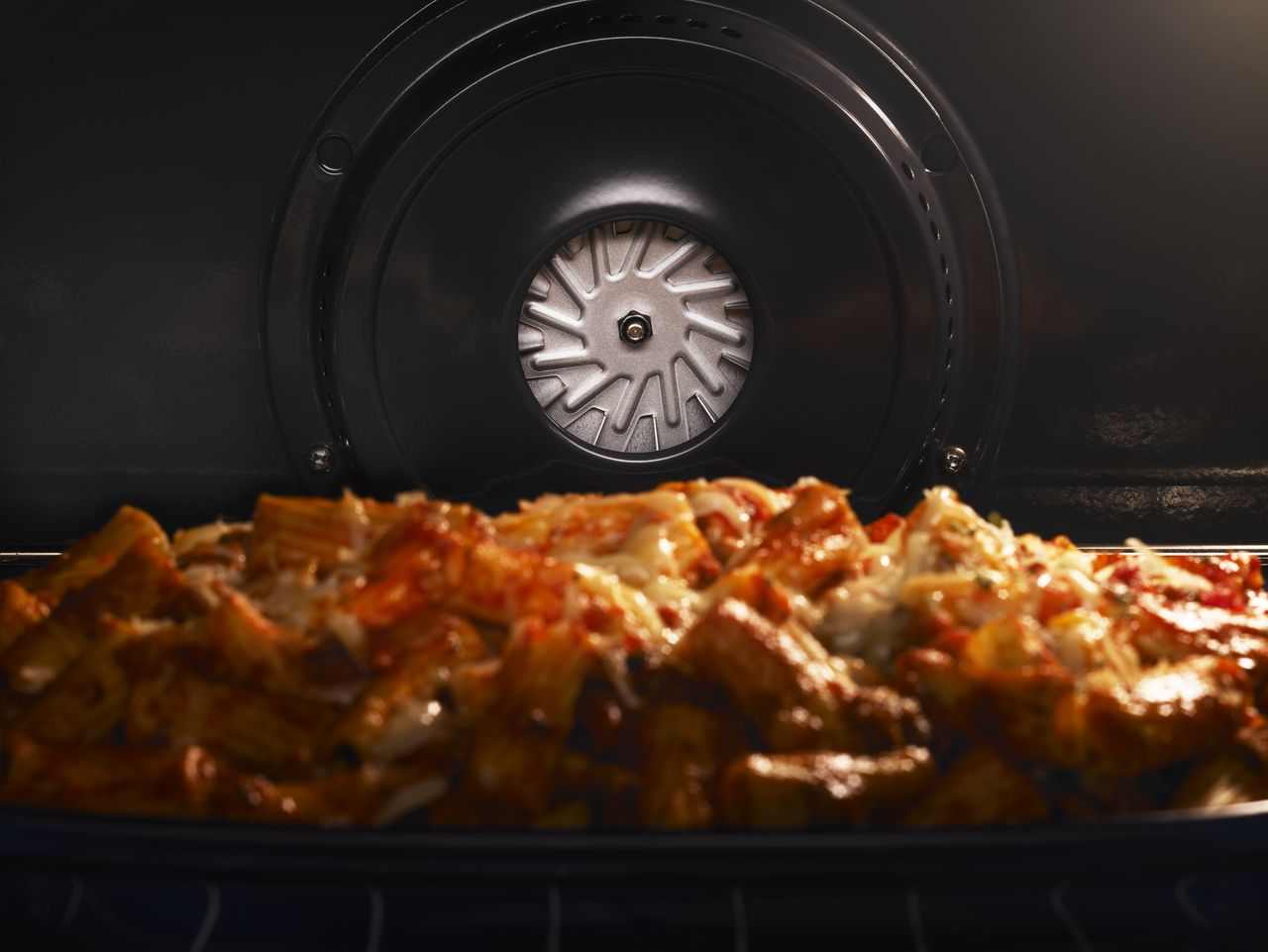 If your oven is delivering more furrowed brows and frustration than delicious baked goods, stop into Warners’ Stellian today and treat yourself to one of our many convection ovens!

One thought on “Cook to Perfection with a Convection Oven”