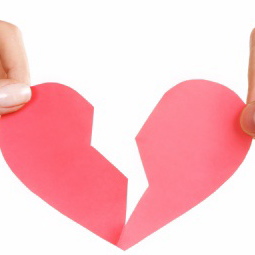 The average refrigerator lasts about 12 years, but what if yours is still humming along?

A week ago, we got an email from the sweetest lady EVER (don’t even try to debate it). It began:

My husband purchased a General Electric refrigerator on May 20, 1949, 6 days after our brand new daughter, Mary, was born.  One of the features I liked about it was a “butter conditioner”.

This Model MF8F General Electric refrigerator is still running.  But there is the possibility, it could seize to function one day.

The ‘butter conditioner’ in the door is intended to keep butter at the temperature I desire.

Thus far, I don’t know where to look for a refrigerator with this feature.  I’m almost sure you can help me.

Clearly, this woman — bless her heart — should’ve replaced her refrigerator decades ago. That wolf-in-sheep’s-clothing butter conditioner, though source of such creamy deliciousness, really is just a black hole of energy.

That thing probably runs on $300-$400 worth of electricity per year, versus $50 or so of a new Energy Star refrigerator.

I’m not hating on this woman (on the contrary; I want to adopt her), as it’s hard to tell when to just break up with a “perfectly good” refrigerator.

The New York Times mused on the topic in 2008, and decided that 15-years-old is a pretty safe retirement age for your refrigerator.

What if you inherited appliances from the previous owner? If you’re like me and your home was sold to you with so-called updated appliances, you can use Energy Star’s Refrigerator Retirement Savings Calculator, a handy tool that lets you input the model number of your current fridge to see how much more you’re spending on energy use annually versus a new, Energy Star refrigerator.

4 thoughts on “When To Break Up With Your Refrigerator”