Growing up in St. Paul, Minn., Warners’ Stellian founder Jim Warner and his brother Bernie devised many money-making ventures. From digging in the murky lagoon near Como Golf Course for abandoned balls that could be polished and sold to selling postcards at the St. Paul Winter Carnival held at Como Park, the business savvy and customer service skills shined even then. But to think he would one day be a successful business owner was more than he had imagined.

In the 1950s, Stellian Appliance—a store no bigger than 3,000 square feet—stood at the corner of Snelling and Larpenteur Avenues near the Minnesota State Fairgrounds. Today with 11 showrooms (10 in Minnesota and 1 in Iowa), two distribution centers and the Minnesota/Iowa household name Warners’ Stellian, our family company has a lot to celebrate.

But when looking forward, we feel it’s important to reflect on how far we’ve come. From establishing a brand to building a family, it all starts with Jim growing up in St. Paul. 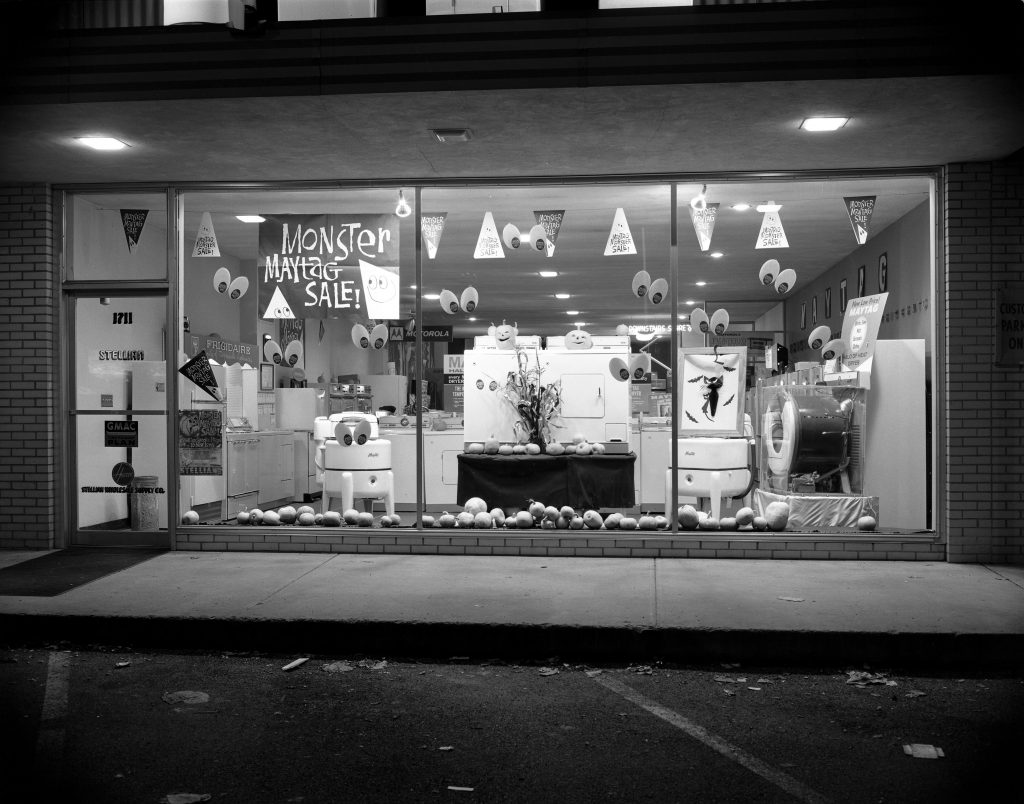 “It was the best place to grow up,” Jim said of his St. Paul neighborhood near Como Park. His family moved to the Catholic neighborhood near St. Andrew’s Parish in 1936 when Jim was in second grade. With a neighborhood of kids his age, he remembered swimming and fishing at Lake Como, riding bikes and playing softball in empty lots, and of course, earning money with his brother Bernie.

There were more traditional jobs to be had when Jim grew older. He caddied at Midland Hills Country Club in Rose Township, reset pins at a bowling alley across from Lexington Park and worked as a stocker at a local department store. He even helped his dad remodel and build homes in the Roseville area, though his dad very honestly told him he would never make a good tradesman and should enroll at St. Thomas College, which is exactly what Jim did.

The summer of his junior year, Jim met his future wife, Nonie. While falling in love, the two talked on the phone all the time, “like kids in love do,” Jim said. But those calls cost 10 cents each time, racking up phone bills of $5 a month, which took a toll on Jim’s tuition savings. So he found a job to build his funds back up. After a year and a half of working, a draft notice calling him to Korea made it to Jim’s mailbox.

Through the next few years, Jim and Nonie weathered life’s biggest tests together. Living apart, they wrote to each other every day. They also suffered tremendous loss with the passing of both their fathers. Through it all, they remained devoted to each other until they were reunited for good in 1953 at the end of the Korean War.

Jim wasted no time after returning home, and the couple was soon engaged. They wed April 25, 1953, at 10 a.m., then Nonie surrendered the flowers to the 11 a.m. bride. Three brides shared flowers to cut down on costs, though money wasn’t on Jim and Nonie’s minds that day. They both felt like the luckiest people alive. 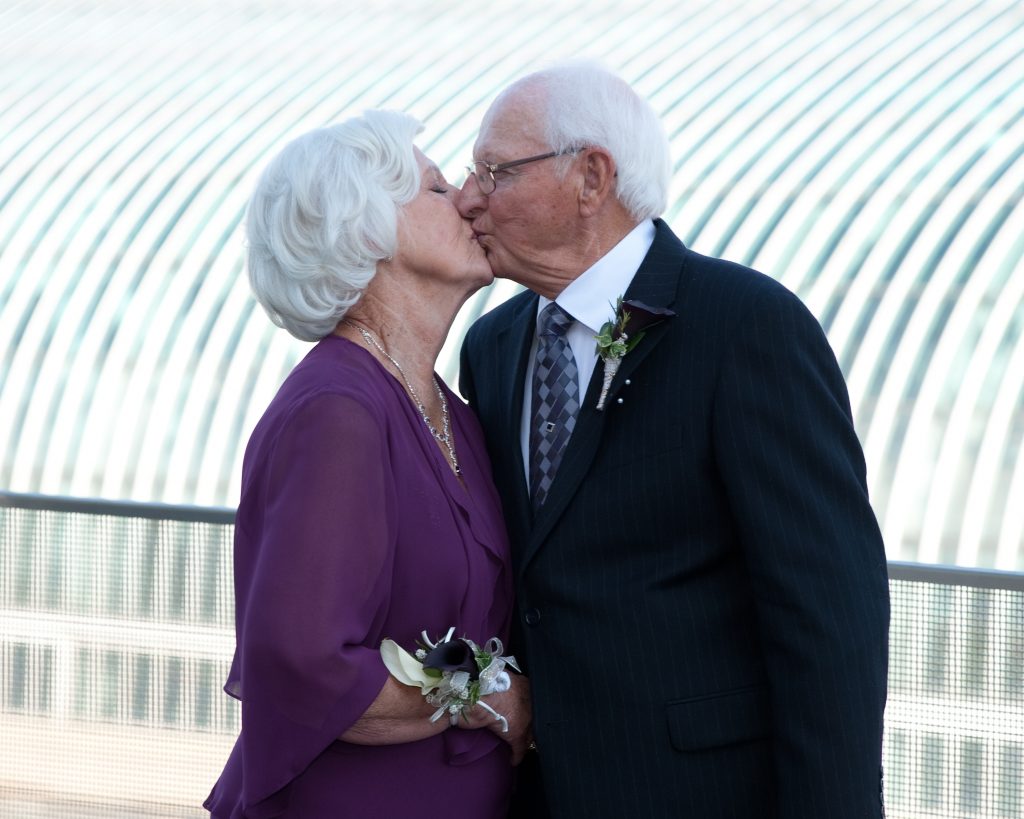 Jim and Nonie at their 60th wedding anniversary party.

The Start of a Family

After the wedding and honeymoon, the newlyweds settled into Nonie’s southwest Minneapolis apartment. Space was tight from the start, and the couple was saving money to move. But life had other plans, and they soon found out Nonie was pregnant. Her employer, Honeywell, had ruled that women had to leave their job once six months pregnant. Losing one source of income meant finding an apartment that cost less than the current one. They moved to an apartment in Northeast Minneapolis.

Baby James Francis arrived on March 26, 1954, at a time that talk of layoffs was spreading across Jim’s company. Deciding to take matters into his own hands, Jim looked for a more reliable job. He found work, but the paychecks weren’t stacking up to accommodate his growing family. Nonie gave birth to their first daughter on March 30, 1955. With two young ones at home, the small apartment felt like it was closing in on them.

Though he didn’t know it at the time, Jim’s life changed when his brother-in-law Jerry Tuckner called him and told him about a bookkeeper position available at Stellian Appliance. The store was familiar territory to Jim; he had worked construction with his dad in the area. Bookkeeping, on the other hand, wasn’t in his repertoire. But Jerry said he’d help, and that was that.

So on April 9,1955, Jim showed up for his first day on the new job. Owner Steve Farkas showed him to his desk and discussed the job details. But three hours later, his boss left. Alone in the store, Jim didn’t know how to work the phones or what to say to potential customers. He watched customers—potential sales—come and go. His boss returned well after Jim’s workday was supposed to end. He learned a lesson that day and got a key so he would be able to lock up if it happened again.

With an often absent boss, Jim started selling appliances. He liked his job and knew the sales needed to happen to keep the lights on. And even more, he realized he really enjoyed selling and was good at it. He moved out of bookkeeping and into sales full time. In 1961, Jim was named Top Salesman for Frigidaire. During this time, the Warners moved to the Como Park area, Jim’s old stomping grounds, where they continued to grow their family.

As the years passed on, Jim became sales manager, but the working conditions were rough. He would often work 60-plus hours a week. He wasn’t granted any vacation time, and his earnings were meager compared to his efforts. Jim started to look at other options, considered going into business with his nephew, Rick. They even signed a lease for a building. But when Jim served Steve with a resignation letter, Steve posed an interesting question: “Why wouldn’t you want to buy this place?” 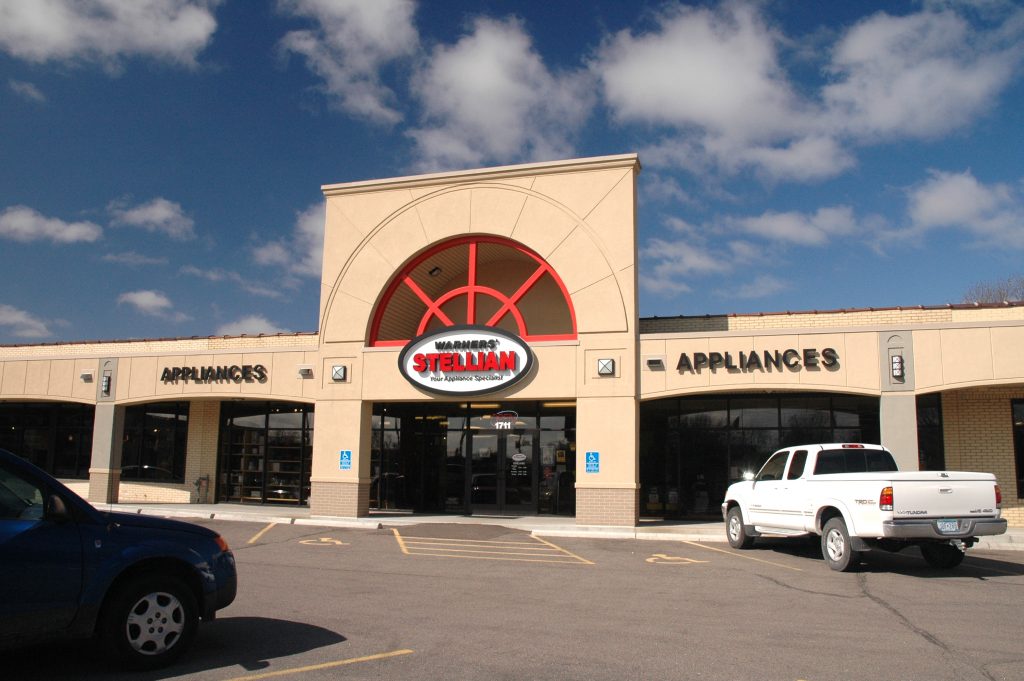 With the help of Rick and partner Tim McNeely, Jim closed on the store on May 10, 1971. Within a month, a new sign at the top of the building read Warner’s Stellian. Making changes to inventory and processes, Jim found ways to boost profits and streamline systems. Things were looking up.

Now with nine kids at home, appliances became an important part of the family’s life. The kids loved visiting the store or hearing Jim talk about what had sold each day while snacking on popcorn and lemonade. When the children became old enough, they began helping at the store. For the Warner children who wanted to work, Jim started them out with custodial chores. Years later, when three of the Warner sons were working with Jim, he made a decision to change the company name to Warners’ Stellian. Now the store belonged to his whole family. 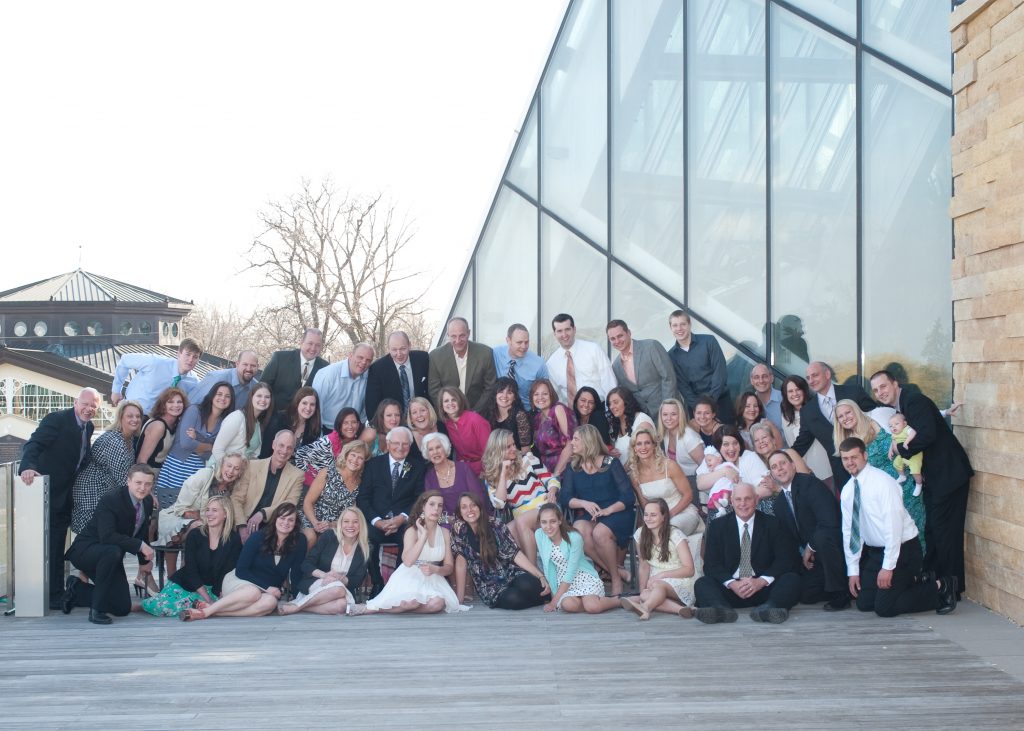 A Time of Change

In January 1982, Jim suffered from a heart attack. This event caused him to reflect on the business he had built. He had worked hard, long hours, and all of the work was catching up to his body. In order for the company to succeed, he knew it was time to hand over the reigns and create a second-generation model.

When Jim returned to work, he spent more time behind the scenes, watching his children take on leadership roles. He eventually transferred ownership to each of his kids. Through new locations, process changes and the guidance of their dad, the second-generation leadership brought Warners’ Stellian into the future.

The recent overhaul of the flagship, a collaboration with local architecture firm KOMA, shows our commitment to the future of Warners’ Stellian.

Want more on our ties to St. Paul? Read about our relationship with the State Fair.